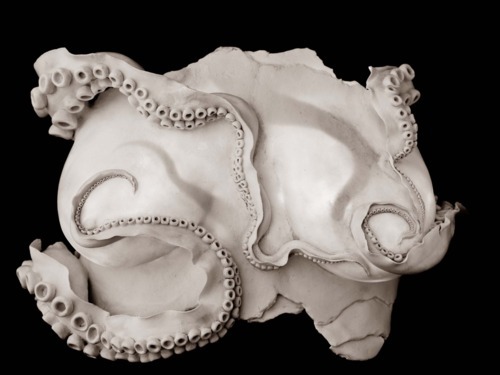 You are a very young ceramic artist. When did you discover the potential of this medium? Did school have an important role in directing you on this path?

Like most artists. makers or craftspeople, I have been interested in art and working with my hands from a very young age. I had a fairly basic art education in secondary school in Ireland (largely based on 2-dimensional drawing work) – quite the antithesis of what we do in third level education. However, I decided that I wanted to attend the National College of Art and Design (Dublin) from a fairly young age and my art teachers in school encouraged me to do so.

The college has a great system, by which everybody does a Core Year in their primary year (four years in total). From here, the student embarks on their first steps towards their professional formation as artists, designers and educators. The student can sample the diverse courses the college has to offer and in turn, discover where their strengths, weaknesses and passions lie.
Many people (such as myself when I began) have no idea what department they wish to pursue when they enter, so this system works really well. Throughout the year, I did a lot of 3D making and intricate work with wire and found objects, so I decided to go into the Ceramics, Glass and Metals Department, specializing in metals. However, when I entered the department, I fell in love with ceramics and its diversity. I knew nothing about the material, glazing or mold-making. The only experience I had with clay was when I made a pinch pot in 1993 for Mother’s Day. I painted in neon pink and yellow (which was in vogue at the time!) with ‘Ruth Power, Age 5’ scrawled into the base. I was in instant awe of the abundance of the potential of the material, and the infinite amount of creative and scientific exploration that could be done with this ancient medium. Thus, it was only until I was in my second year of college that I discovered the potential of ceramics.

Your works are debating subjects like censorship, mainstream pornography or sexual repression: did you choose these topics in the hunt for controversy?

I have identified with being a feminist for many years now, and these subjects have been of huge importance to me. I had researched and discussed those topics for quite some time before merging them into my artwork, when I was in Third/Fourth Year. I wrote my thesis on a very similar subject (how pornography is influencing mainstream trends). In Second Year, we focused on skills and techniques and thus, did not get the chance to incorporate much of our expression. It wasn’t until Third Year that we were taking on self-directed projects and had the opportunity to immerse ourselves entirely into our own fully developed concepts.

To me personally, the work is not controversial; it is dealing with issues that I believe need to be addressed urgently and discussed more openly. It’s just that sexual politics and pornography are not usually deliberated, and the naked body is still taboo in our culture. Moreover, because I have had a considerable interest in such topics for quite some time, any of the initial ‘shock’ factors had been lost on me a long time ago. So, for me, the work was never controversial (especially since I have an open attitude towards sex, sexuality and the body). It was bringing to light issues that I believe need to be confronted, issues that affect me personally. 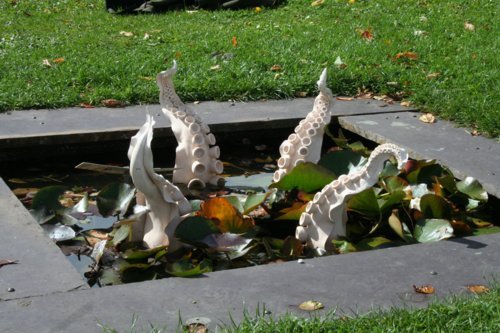 Do you consider that the theme of your works has a bigger impact on the viewer just because of the connotations? Do you see yourself exploring it throughout your career?

I do consider that. Like I mentioned previously, in this generation, people are not used to seeing pornography being challenged, questioned, analyzed or discussed, so naturally, it has a bigger impact on the viewer. Pornography is now seen as normal; natural even, a rite of passage – though pornography had become much more brutal and misogynistic since Andrea Dworkin’s time (a time when the pornography debate raged on). Also, I am aware that many people are still oblivious to how increasingly degrading contemporary pornography is becoming. What’s more is, people from this part of the world are not all too acquainted with the massive sub-genre of pornography that is tentacle rape, thus, I do consider that the theme of my work has a bigger impact on the viewer because of the connotations, and hopefully helping the viewer to gain awareness on the issue.
But I do not think that it is just the theme that has a larger residual on the viewer, I think that the installation and light display further contributes to the impact.
I am currently planning to work on something different, but I see myself investigating these topics more throughout my career, as these issues play such an integral part in my life.

You initially started working with white earthenware clay but now you switched to translucent porcelain. What determined you to change the material? Did you also make changes in the meaning of your work?

In a way, the earthenware pieces ended up being the ‘practice’ pieces for the porcelain work. I started the project in Third Year when I still had not much experience in working with clay and molds. Thus, I began the project using white earthenware clay. I began to gain more confidence with the material, and the work became more and more refined. My technician encouraged me to try porcelain at the end of Third Year (in which I made the non-translucent mask). I really enjoyed working with the challenging material and was enthralled by the ethereal, pristine beauty of the high-fired porcelain.

By Fourth Year, I had my general concept and subject matter. This time, I wanted to push technically and challenge myself, and see how far I could go with this wonderful substance and its unique qualities.
I adored the translucent property of porcelain and decided to play around with it and its potential. I researched other artists who use porcelain and came across Kate MacDowell. Using some of my press-molds from Third Year, I began to make very thin casts, starting small (e.g. the single breast) and placed tentacles behind the piece in order to create silhouettes and depth. The piece was left in the mold overnight and then removed. Tentacles were hand-built onto the surface of the piece, with each sucker and frill individually placed. 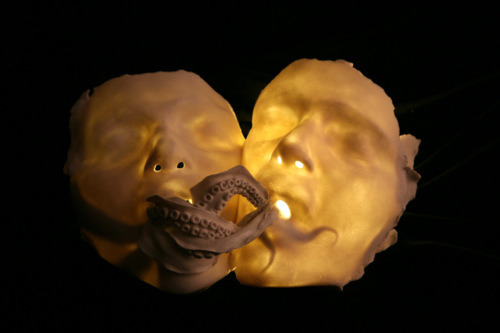 However, there are limits to the material, and these had to be overcome. For instance, porcelain slumps when high-fired, distorting the piece, so each piece had to be carefully supported using ceramic fibres and fired in a sagar. Also, I discovered that this work was only possible if I used porcelain paper clay for the super-thin body parts, as regular porcelain would crack very easily.

As I gained more confidence and experience with the material and technique, I moved onto bigger and more complex pieces such as the pair of breasts and the two faces.

Switching to porcelain totally expanded and enriched the meaning behind the work. The Italian word for cowrie shell, porcellana (the word from which porcelain got its name), derives from the Medieval Italian word porcello, literally meaning ‘little pig’, but far more usually used as a contemptuous word for vulva. This is very fitting for my work as degrading, and contemptuous terminologies are often used to describe women and their body parts in pornography.
Moreover, after firing, porcelain shrinks a considerable amount, thus, the body parts shrink. This gives the work a slightly more disturbing angle, for instance, is it the vulva of a woman or a child? Is it the face of a woman or a child? Is it the neck of a woman or a child? This reflects the way in which the media often sexualizes children (e.g. Bratz Dolls, padded bras for 4 year olds for sale in Tesco) and infantilizes women in a sexual manner (the common school girl fantasy in pornography, American Apparel advertisements etc.).

Porcelain is an undeniably beautiful material. Why use such a beautiful material for such subject matter? Despite the rather grim conceptual content of my work, aesthetics are important to me. I am fascinated by the conflicting reactions my work evokes; some shudder, some think it is beautiful. All too often, while online debating issues such as the ones discussed, I have been dismissed as a ‘fat, ugly, jealous, feminist bitch.’ Perhaps, in this culture, something needs to be beautiful in order to be heard.