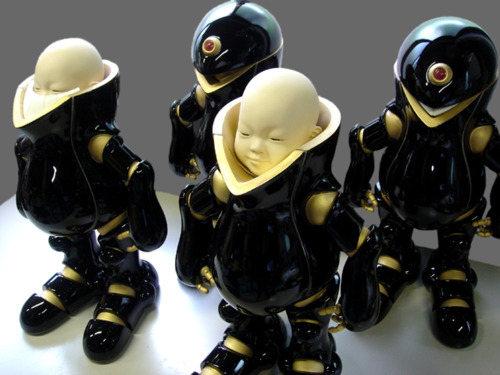 Constructing your figurative pieces with such delicacy takes a lot of time. Can you tell us more about the process? What materials do you use?

I make the prototypes with regular clay and make plaster casts of them. Then I pour the plaster, modify those plaster masters very carefully and create second plaster casts. Then I pour the slip into them and throw the remaining slip away. After taking the pieces out from the cast, I work on some final details and then put them into the kiln for the biscuit firing. I sand the biscuit surfaces and then second fire them at 2246 degrees (F). Additional decorations with gold or silver are added and then fired again at 1472(F). All the parts are assembled with epoxide-based adhesive and bolts. The latest work consists in forty parts. I am using thirty-four different kinds of casts that are from two to seven split molds. Since I don’t have any assistancy, all the processes are done by myself. For my latest work, it took me nine months to make the casting process and one month for the firing and assembling process. 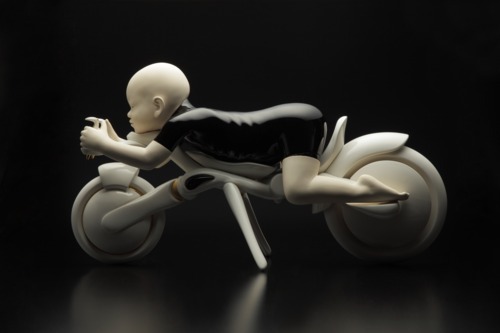 Your works look like tiny sophisticated robots. What do they represent? What message are you trying to send to the viewers?

They are characters in my imaginary science fiction world. Each audience may receive different kind of messages from my work. Someone will think positive about the future, bot others will feel my warning messages.

You draw your inspiration from animated films and manga comic books. What are your favorite titles, or do you have any favorite creators/producers?

Recenty, I haven’t watched much animation, but I like INOUE Takehiko’s Vagabond. I was crazy for Gundam when I was a child. 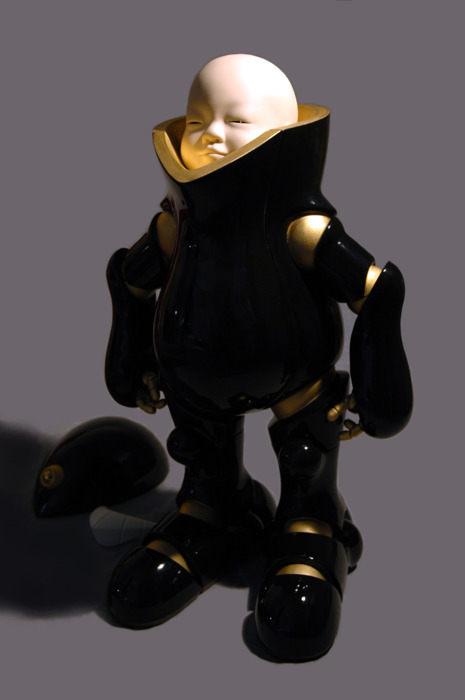 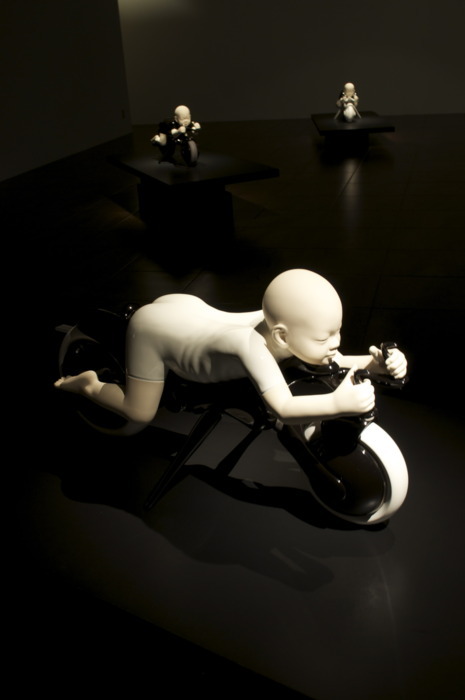 HAYASHI Shigeki, from Tajimi City, draws inspiration for his ceramic figures from science fiction, animated film, and Japanese comic books known as manga, all of which have attracted him since he was a child. He is from a region that is famous for the production of porcelain domestic ware in Japan, and he says “In order to express my ideas as art, I have found that porcelain is the best medium. However, I do not think of my works as ceramic pieces.” His haunting figures, like this QP doll in a space suit, suggest a deeper, hidden narrative within this universally recognizable variation on the traditional Kewpie doll from the west. In 2007, this QP received the important Medal of the President of the Chamber of Deputies at the Faenza International Competition for Contemporary Ceramics in Italy.